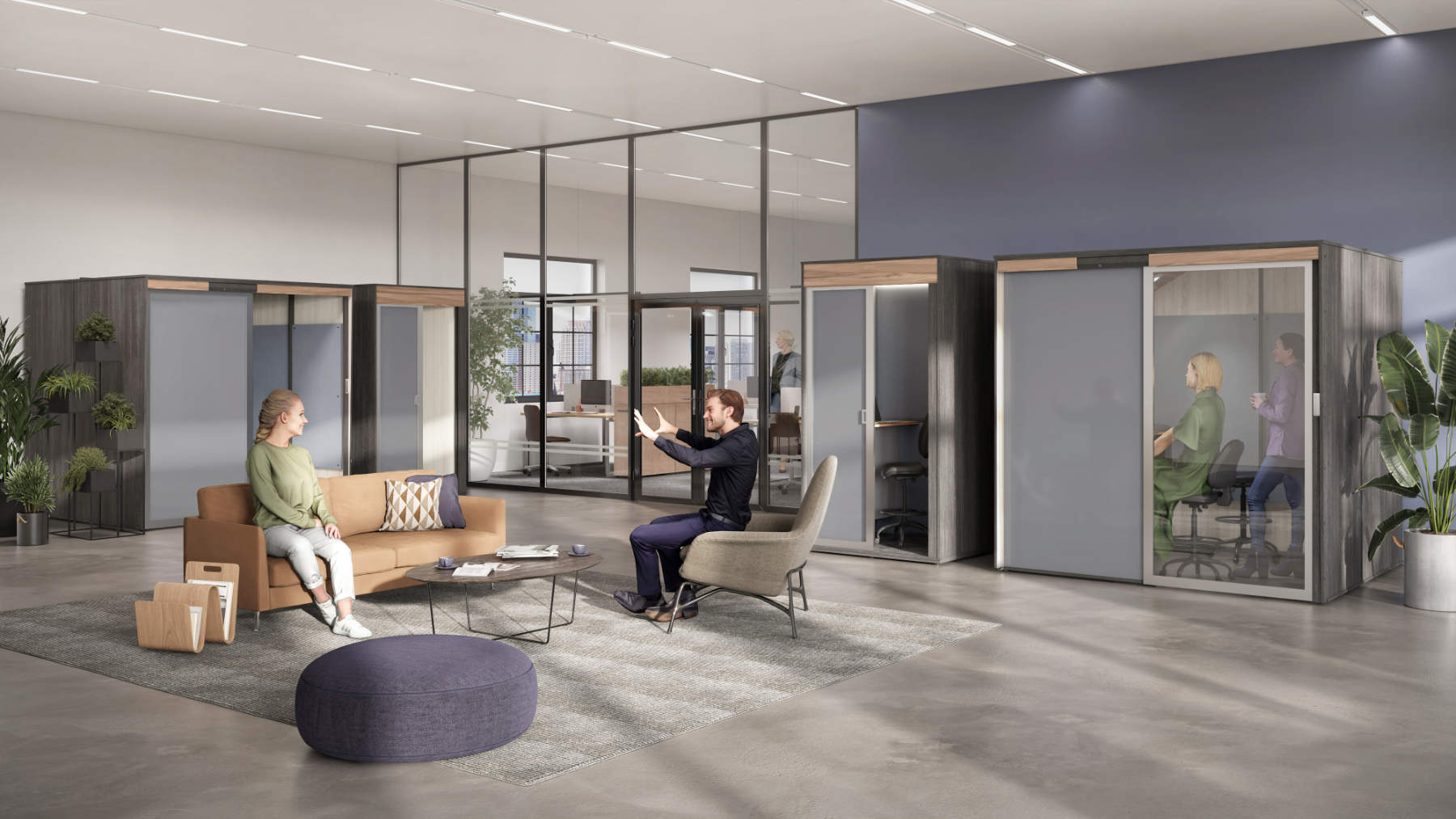 A Day in the Life with a TalkBox at Home 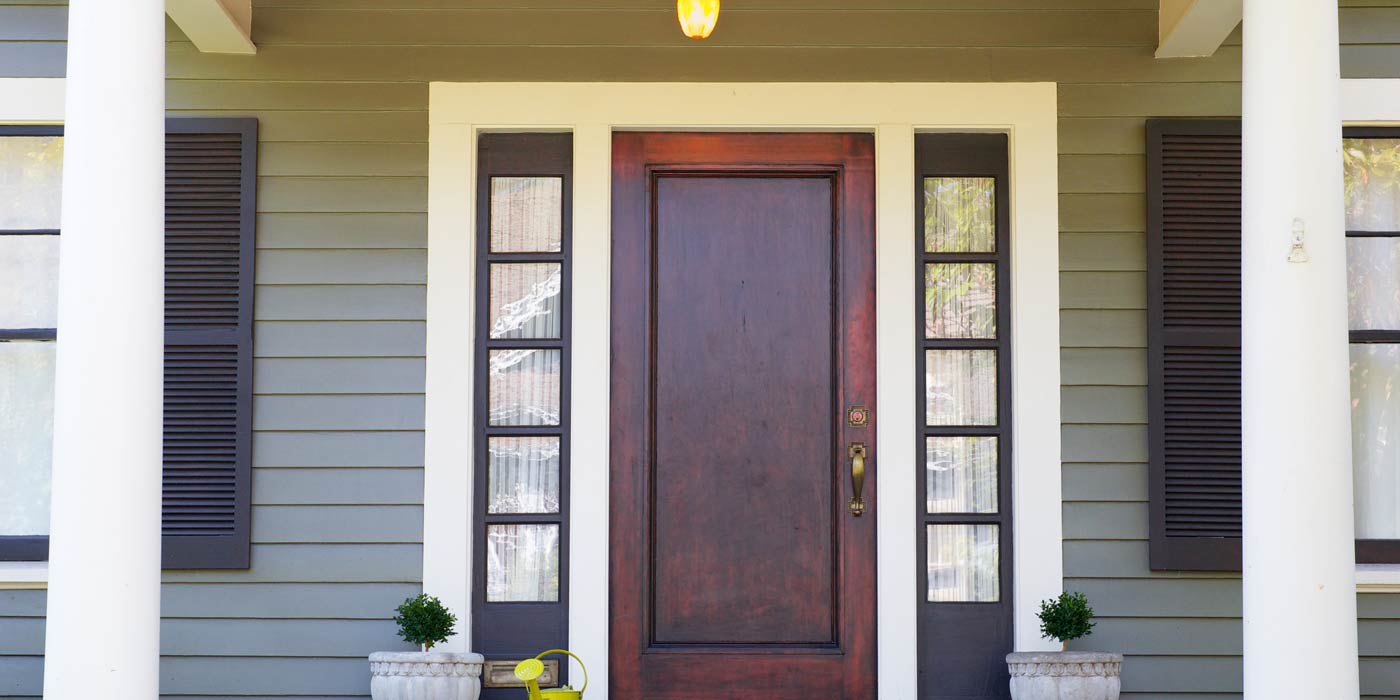 I recently had the opportunity to speak with Peggy Shell who is the owner of Creative Alignments, a successful recruiting firm in Boulder Colorado. They have multiple TalkBoxes at their office and during the pandemic, she chose to get one for her home as well. We wanted to see how it was going.

Here is my conversation with Peggy from Creative Alignments:

Steve: Hi Peggy, we would love to hear about your TalkBox SLIDE and how it’s being used in your home. So how is working out for you and your family?

Peggy: It’s imperative. And, it’s truly been sanity-saving! We got it last summer and we’ve used it constantly ever since. Usually by me, sometimes by my husband, and sometimes by our kids doing school in there. We have a very open floor plan in our house, so it just gives us one protected space where you can have a quiet call either for your sake or for the other people around.

Steve: Elaborating on that, how do each of you use your TalkBox throughout the day?

Peggy: I like to work in there and have a lot of Zoom calls with my staff. My husband has a lot of phone calls and he tends to go in it because he’s got a loud voice — actually, we make him go in it! For me, I need privacy on video calls with a more professional backdrop, and I don’t want the chaos behind me during my calls. I think boys go in it just to have a place, a reprieve that’s theirs.

The day does vary but I have a regular 8:30 AM call every morning, so I start in there. I have it set with a monitor and an extra keyboard, and a stand for my laptop, and an external webcam. So it’s professional-looking and sounding when I’m on video calls.

Peggy: Yes. It’s literally just like a mini home office and a great space when you need it. Being able to say, “I’m going to go into the TalkBox now to make some calls” is really nice. Once in a while, I just go in there if I feel there’s too much noise around or too much distraction. It’s a place that I can concentrate and get some clear focus time.

Steve: It sounds like it gets used at many different times for different purposes. Do you often spend long stretches of time in there?

Peggy: I do. I’ll often be in there for three to four hours straight sometimes. I would say during the week it’s used at least three-quarters of the workday between just our family.

Peggy: At our office, the same was true but we also have multiple TalkBoxes there to make sure people always had access to one.

Steve: How would you describe your ability to focus in your booth?

Peggy: For some reason, I am really productive on an airplane. I don’t know if other people are, but I get so much done because I’m in a space that’s just mine and it’s concentrated and focused. It’s like time stands still and you just get your stuff done. That’s what the TalkBox does for me except it’s way more spacious than a seat on a plane. Even when I am not on a call, I like to stay in there to be really productive.

Steve: Maybe you’d speak a little, if you could, to why that happens. Do you think it is the lack of distractions, is it the focus in terms of not having the sound and all of that? What other things do you think to allow you to be productive?

Peggy: In my busy home it is definitely, number one, the lack of distraction. On an airplane, I think it is just you are stuck, you are in this little spot. Now, of course, I could get out of the TalkBox if I wanted, but there’s something about a condensed space that allows you to be super focused and connected to the work that you are doing.

Steve: That is really interesting. It is easy to get sidetracked with lots of things around you.

Peggy: Yes. Even if you don’t need soundproofing, just the core focus time can be much easier found there than at my busy desk where I’ve got all of these sticky notes and things that can grab my attention. Then I see that notebook that “Oh shoot, I should fill that out. Oh, the mail just came. Oh, the doorbell just rang,” or somebody at the office comes to my desk. The TalkBox is my “me space” to just focus on the one thing that I need to get done.

Steve: Are there times where you want to use it but someone else is in there?

Peggy: Oh my God, all day long. “Can I use it now? Oh shoot, he’s in there.” I want to be in there. Yes, and then I have to go into a bedroom or the basement, or somewhere to try to have a private conversation with a colleague or a client. With the kids being at home, and another entrepreneur at home. I mean we could actually use four of them and they would all get used!

Steve: What are your video conference calls like? A lot of people working from home have used those virtual backgrounds in Zoom or Google Meet to look more professional. Have you done that?

Peggy: Yes and no. The virtual video backgrounds are fine but the person comes in and out of the screen then and there’s something distracting about it. I actually think it’s almost better without it. In my TalkBox, it’s great because it’s just clean. I tend to sit where you can see both the panel and the whiteboard which is handy if I want to sketch an idea. I even put a little lamp behind the webcam so the lighting is just right. It’s been very well received. Every now and then I’ll have somebody say, “Are you in a phone booth?” Which is funny. And when I have asked people about the sound they have said that the sound is really clear.

Steve: That’s great. it’s one of those things where if it’s working correctly then it’s not even a thought. It just works.

Steve: During this pandemic, it’s been a struggle for so many people is this trying to be somewhat professional and even to have a clear conversation, so it sounds like that has definitely been a real benefit for you. What other problems has your TalkBox helped solve for you?

Peggy: Even once the kids go back to school, I will still use it quite a bit because I really enjoy the space. Plus, our dogs bark a lot, and there are other distractions. It’s also nice to be at home and come across as professional. It’s also our one and only whiteboard that we have in our house, so it is great for brainstorming, too. Those are the main things I would say. I haven’t personally used it for meditation because I am the only one up in the morning for my yoga and meditation session, so I have quiet then, but I would I think if that was not my case.

Steve: Do your family members use it as a relaxing, quiet place to go?

Peggy: Yes, for sure. My son goes in there and he’ll even eat his dinner in there. If he gets in an argument with us or just needs a moment, he goes in there and watches a video or something. He’s got a room and he could close the door but he often chooses the TalkBox to gather his thoughts. I think he likes it because he can be around us but also away from us at the same time.

Peggy: If I wasn’t using the booth most of the day it would be an ideal place for our boys to do their virtual or remote schooling. They have done some video classes in there when the TalkBox has been available.

Steve: Have they have used it for doing homework?

Peggy: Yes, they have and with fewer distractions, it seems they get their work done faster.

Steve: With a TalkBox in your home it begs the question of where do you put it? How do you think about that in terms of the space in your home? Every home is different. How did you guys handle locating a spot for that?

Peggy: We did go through that. We wanted it to work in the space and we chose our den as fit nicely in there. It is just a small room that has a couch, some shelves, and a console table and it has worked really well in there. When friends stop by, they’ve said, “How cool! You have a phone booth in here?” It adds a little flare, like a unique piece of furniture. We’ve also made it fun on the outside with a bunch of the kid’s artwork and photos to add character.

Steve: It sounds like it added a different dimension to that space, would you agree?

Peggy: Yes, for sure, absolutely. It’s an inviting little nook. Even this morning I was up before the sun and I wanted to read for 10 minutes and I went into the TalkBox and turned the lamp on that I have in there. It’s nice lighting and I read for a while. No one was up and I really didn’t need to be in there but I just found it to be a nice cozy choice.

Steve: Great talking with you Peggy. Much appreciate your time.

Take a look at the SLIDE model here >> 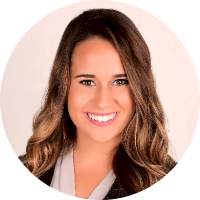 Hi there. My name is Cassidy Heffron, and I am the sales manager at TalkBox. 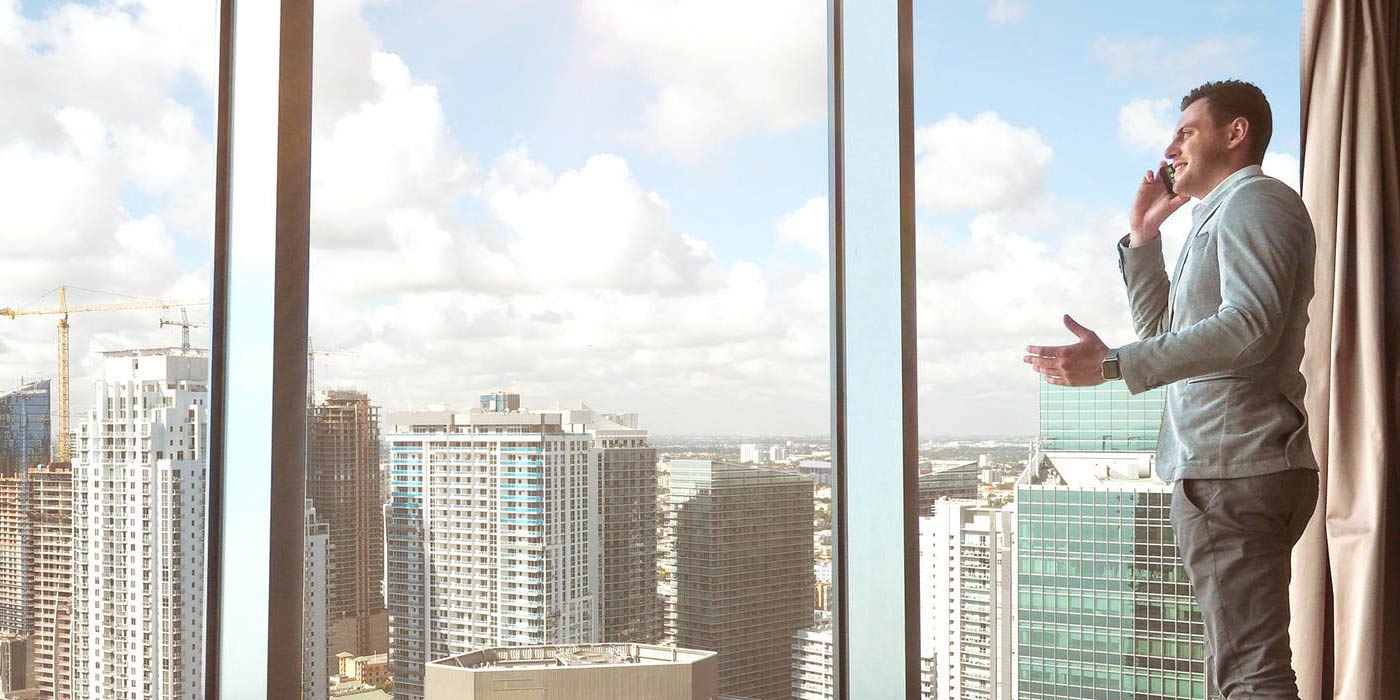 Overlapping Conversations in a Modern World

We now live in an era where our smartphones and devices are second nature to our every day routines. However, our usage and over usage of technology hasn’t quite caught up with longstanding rules of etiquette. Here we dive into this issue and what can be done about it. 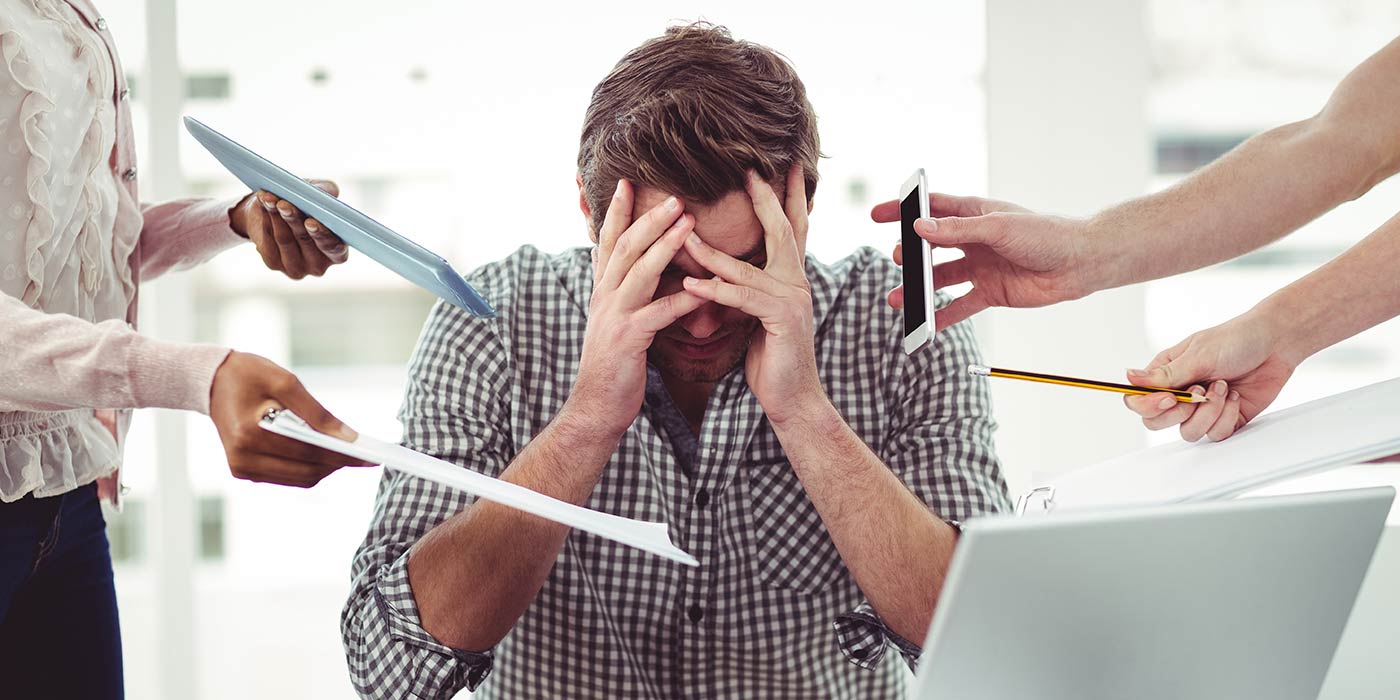 The Shocking Cost of Workplace Distractions

See our new findings about how much distractions and interruptions are costing companies today. We've explored the brain science as well as crunched the hard numbers for a revealing perspective on efficiency in the workplace and what to do about it.